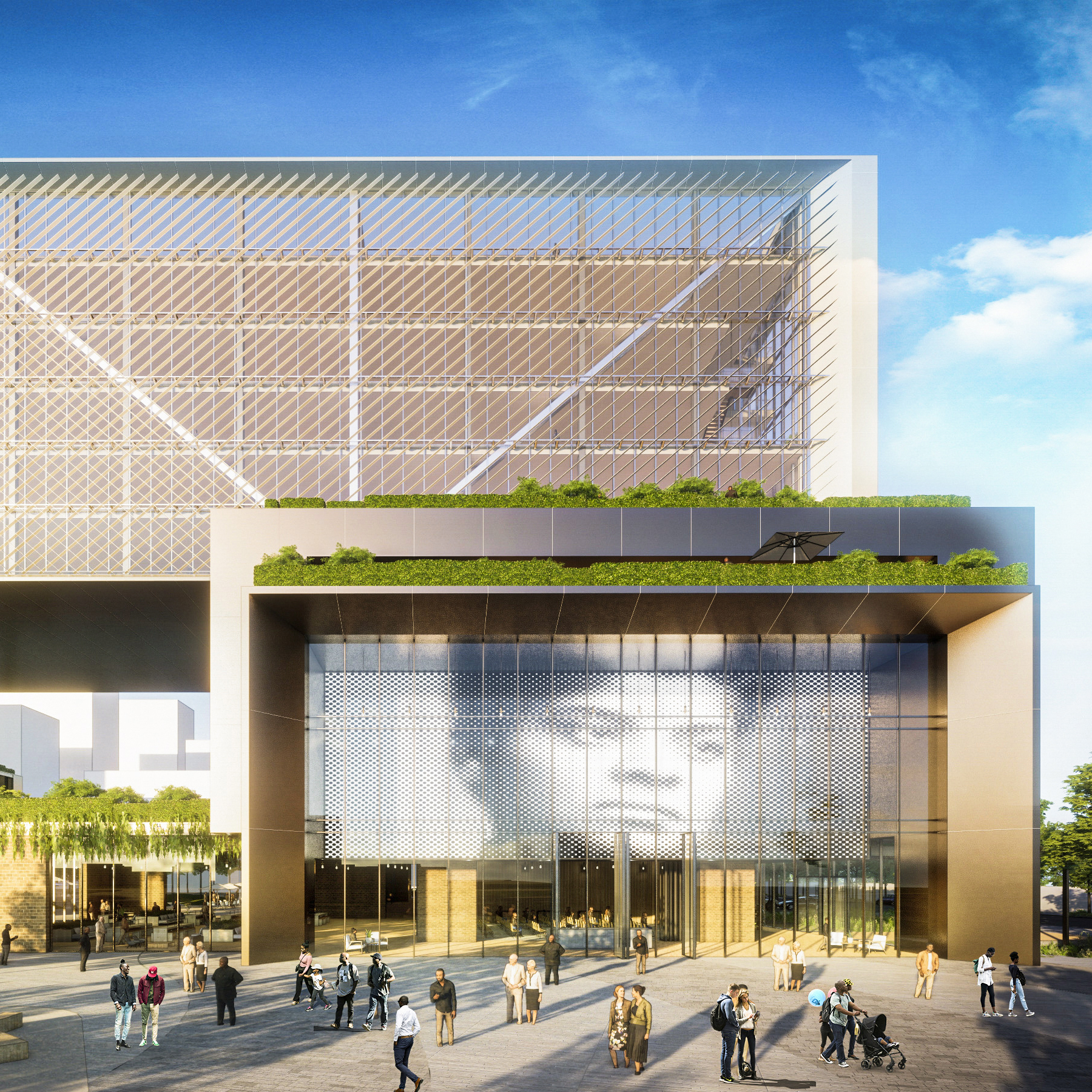 Editorial: ‘Bronzeville Lakefront’ to rise from the ashes of old Michael Reese site

Opinion content—editorials, columns and guest commentaries—is created independent of news reporting and is exclusive to subscribers.

“Bronzeville,” the name of one of Chicago’s most historically important neighborhoods, was first coined by James Gentry, the theater editor of a newspaper called The Chicago Bee. That weekly paper, edited mostly by women, had run a competition for the “Mayor of Bronzeville,” but it was the great ChicagoDefender that popularized the moniker, reclaiming it from the prior racist pejorative known as “the Black Belt.”In recent days, a massive new redevelopment project on (and reaching beyond) the site of the long-moribund Michael Reese Hospital passed the City Council.

This particular patch, its buildings mostly leveled in 2009 and the land bought by the city, has been the site of a variety of failed and flawed Chicago dreams, from the attempt to host the 2016 Olympic Games and put the Olympic Village there, to a potential site for the spurned George Lucas museum, to the seduction of Amazon in order to acquire the elusive and slippery HQ2.

This time, though, the promise seems more real. The mixed-use redevelopment, the Tribune reported July 22, is a massive $4 billion project, a whopping figure at any time but especially when Chicago still reels from the ongoing COVID-19pandemic. According to the Department of Planning and Urban Development, the project involves a team of six developers and nearly 8 million square feet of commercial, institutional and residential spaces. All of this will be sparked by the city of Chicago’s zoning approval and the $97 million sale of the Reese campus.

We’re cynical when it comes to developers’ names. We’re no fans of such marketing nonsense as “NoCa” and “River South.” But we know the value of branding, and this one really has the ring of history.

You should be able to live there (4,800 residential units), work there (48,000 jobs are touted) and recreate there (the city is ponying up for a new park and other infrastructure improvements). The development team, collectively known as GRIT, claims that at least 30% of the construction will go to minority-owned firms.

Things can, of course, go wrong. This project is not exactly going to happen overnight: The developers apparently have 14 years to acquire various small parcels of the Michael Reese land from the city, meaning that Chicagoans have to carry that public debt for far longer than ideal. So-called mega-developments can be a bust, and this high-risk one has a lot of competition from Lincoln Yards and elsewhere.

The outer reaches of this plan, such as the relocation of the McCormick Place rail marshaling yards and the acquisition of that property from the Metropolitan Pier and Exposition Authority, come with many conditionals and few precise details.Demand from tenants remains to be seen overall, especially if the recovery moves more slowly than anticipated. And the developers, who are paying about the same price for the land as the city paid more than a decade ago, have bargained for a good deal.

In the ongoing jostle for resources between the business district, our primary economic generator and South Side neighborhoods, an oft-stated priority of MayorLori Lightfoot, the redevelopment of the Michael Reese corridor is uniquely placed Billions of dollars should flow south of the Loop.

They’ve promised to create a new visitor center for tourists interested in Bronzeville and a “digital museum” to pay homage to the history of the neighborhood. That should be a state-of-the-art enhancement to the city’s offerings for visitors. Bronzeville, a world-renowned center of Black culture, has international cache.

Bronzeville Lakefront also is well-positioned to do something even more important to the future of Chicago: attract young Black professionals to the city.

Wise heads around town know that, as a matter of the utmost urgency, Chicago has to make itself far more attractive to young, college-educated people of color, a mobile demographic that, more and more, is choosing other destinations in which to live and work. In the Black community, especially, the word Bronzeville has a distinguished history, and who would not like to live by a lakefront, at least in name?

This is not an issue of gentrification: This parcel was leveled long ago. It is about stabilization. Jobs. Investment. Economic opportunity for the South Side.

And maybe even an end to the false binary that pits a crucial downtown against neighborhoods ignored for generations.

In 1945, Gwendolyn Brooks published her first book of poetry. “A Street in Bronzeville” was its title.

Here’s hoping the vision for the Michael Reese site brings more such streets to Bronzeville.