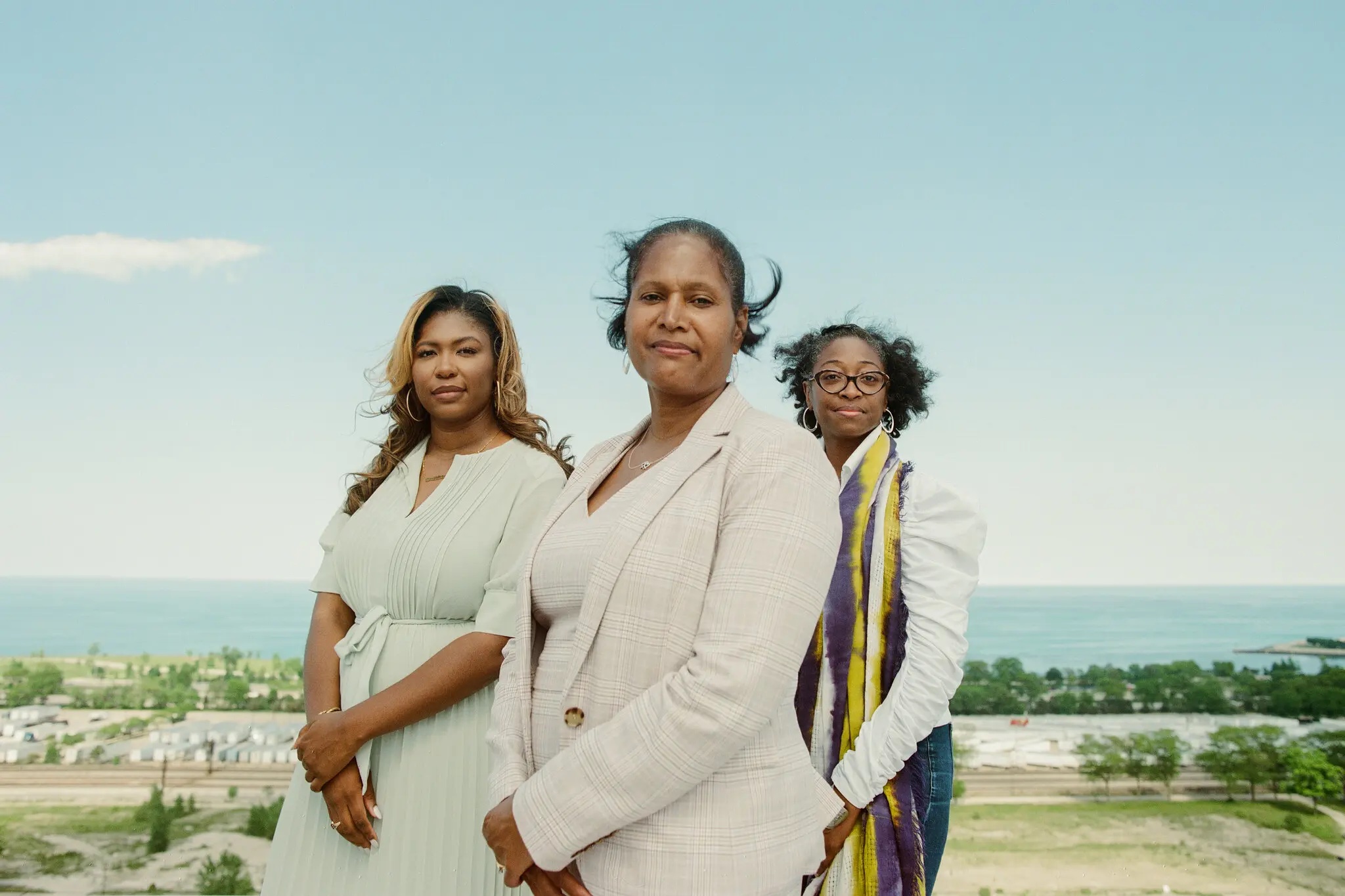 In multibillion-dollar projects around the nation, Black builders are investing in neighborhoods through commitments to inclusion, affordable housing and diversity hiring.

For decades, multibillion-dollar projects across the United States sought to create new downtown neighborhoods, often by reimagining underused assets, like defunct factories or rail yards. In recent years, a new crop of projects has offered the same expansive scope, but with leadership that mirrors the community.

A new generation of Black developers believes that their perspectives will lead to a reshaping of large sections of American cities by focusing on how their deals will benefit underserved communities.

“These agreements represented a radical shift in power relations, taking power from elected officials and developers and giving communities of color the ability to shape projects, enforce promises and oversee the benefits they wanted,” said Ben Beach, legal director for PowerSwitch Action, which works with communities to negotiate these deals.

Having a diverse leadership team can help expand investment in the community, said Gregory Reaves, a co-founder of Black-owned Mosaic Development Partners, whose redevelopment of 109 acres of the Navy Yard in Philadelphia includes a $1 billion pledge for diversity and inclusion, focused on opportunities for businesses owned by women, members of minority groups, veterans and people with disabilities.

Other megaprojects include the $3.8 billion Bronzeville Lakefront project in Chicago and the proposed Affirmation Tower in Manhattan by the developer Don Peebles and the architect David Adjaye. A number of other large-scale projects across the country are undergoing negotiations that would benefit minority neighborhoods, including a $12 billion waterfront stadium development in Oakland, Calif., and the 43-acre Carousel Mall site in downtown San Bernardino, Calif.

But these community-focused deals tend to be informal agreements, rather than well-regulated efforts, critics say. Many community groups, researchers and even developers say they lack teeth and toss small concessions to neighborhoods instead of truly sharing the wealth. Projects can stretch over a decade, making it difficult to maintain oversight by community leaders and transparency for the length of the project, important to ensuring initial promises are kept.

The agreement signed for the Staples Center redevelopment in downtown Los Angeles in 2001 is considered one of the first such compacts, as well as a model of success that has been emulated over time, said Tonya Myers Phillips, community partnerships director at the Sugar Law Center in Detroit, which compiled an online database of 300-plus such agreements.

Instead of simply offering land to developers, with hopes that estimated new jobs and tax revenue would mean growth instead of displacement, the Staples deal included hiring and wage guarantees and promises of specific community benefits. It also provided community control of which commercial tenants could operate within the new development.

But the enforcement methods can differ radically, and critics argue that many agreements are vague, lack democratic decision-making and feature terms that are not measurable or enforceable. Daily business updates The latest coverage of business, markets and the economy, sent by email each weekday. Get it sent to your inbox.

Mr. Beach points to shortcomings in two deals as examples of the problems. During the development of Yankee Stadium in New York, local officials, not community groups, led the negotiations, and the investment fund required by the agreement was run by a Yankees-controlled charity that often sent money to other parts of the Bronx. And in Florida, the Miami WorldCenter initially had vague terminology around local hiring and wage promises, and developers failed to consult community groups or fund job training programs, according to an academic analysis.

There’s just one true measure of success, Ms. Phillips said: “Did it really make a difference in people’s lives?”

For Kimshasa Baldwin, an architect in Chicago, the news that the city was planning to sell the defunct Michael Reese Hospital campus, a 48-acre lakefront site, presented a once-in-a-generation opportunity.

The former campus was a longtime fixture in the Bronzeville community, a Black enclave rich in cultural history that experienced decades of disinvestment. After it closed in 2009, the site had been unsuccessfully put forth as a potential Olympic Village or second Amazon headquarters.

It offered Ms. Baldwin a compelling opportunity to reshape her neighborhood.

In 2017, she became part of the Michael Reese Advisory Council, a 29-member group of neighborhood experts, including lawyers, pastors and historians, assembled by the local alderman, Sophia King. The group provided community input for the $3.8 billion project, which the city awarded to Global Research Innovation Technology, a coalition of firms where Black developers hold half the leadership roles.

“Development is generally done in a manner where the developers take resources from the community,” said Ms. King, who has seen how other megaprojects in Chicago, including Lincoln Yards and the Obama Presidential Library, have prompted criticism from community members. She wanted this project to be different and pushed for the advisory council to give the community a seat at the table.

“The community is generally perceived as being not only kind of robbed of its resources, but almost in a worse position,” she said.

The advisory council exemplifies how development deals are evolving toward promises of more local power and shared economic benefits. The shift comes as the real estate industry slowly evolves from one dominated by white men: People of color held roughly 13 percent of leadership roles in commercial real estate in 2021, an improvement of 1.4 percent from the previous year, according to an analysis from Bisnow, an industry media and events platform.

Community groups say they have learned lessons from past projects.

Victor B. MacFarlane, the chairman and chief executive of MacFarlane Partners, one of the largest Black-owned development firms in the country, points to hiring guarantees often written into these deals. In the past, developments might have mandated 10 percent minority hiring; recent projects promise a 30 percent rate, meaning that hundreds of millions of dollars more go toward firms owned by women and entrepreneurs of color.

In Chicago, the redevelopment of the Michael Reese Hospital campus, now called Bronzeville Lakefront, has committed to a diverse work force at every stage of the project, said Tracey Bey, a member of the advisory council. The developers signed a binding agreement, promising to devote $10 million to a museum and welcome Michael Reese Hospital in Chicago in 2010. Steve Kagan for The New York Times center; spend $25 million to upgrade local educational facilities; ensure 20 percent of on-site housing will be affordable; and hit guarantees on apprenticeships, retail support, diversity hiring and job creation.

Ms. Baldwin brought 25 years of industry experience to bear on discussions about community benefits and design standards. “We know how this goes — you can get things in writing from developers, but once you’re building, things start to shift and pivot,” she said.

She believes GRIT partners have been responsive, especially to demands to build significant affordable housing on the site instead of merely nearby. Quarterly council meetings will be held to check on progress, with members focused on holding developers accountable.

“The model of engagement had never been done,” said Morgan Malone, project executive and co-lead for Bronzeville Lakefront. “Normally, it’s a few town halls led by your alderman. We were meeting every week for eight months negotiating this.”

In Philadelphia, the Mosaic team sees its role as incubators for the Navy Yard project, which will include a mix of housing, retail and even life science labs to tap into the city’s biotech industry. Strict hiring goals, from the architecture firms to material suppliers, are meant to support minority businesses.

A minimum of 35 percent of the work was set aside for diverse firms, allowing minority-led companies to team up on larger projects than they have in the past, said Curt Moody, founder of Moody Nolan, the nation’s largest Black-owned architectural firm, which is designing a significant residential part of the project.

For both the Chicago and Philadelphia projects, developers have pushed to add more local investment. Mosaic has created a crowdfunding program so local entrepreneurs can invest in the Navy Yard project, which has already raised $2.7 million, and GRIT in Chicago seeks to invest in and support local businesses.

The stakes of these kinds of negotiations have become even more important, Mr. Beach said, adding that local governments are becoming more involved.

A version of this article appears in print on , Section B, Page 6 of the New York edition with the headline: For Black Builders, Giving Locals a Say Is Key